We’ve had yet another rally of late. Is it just ‘another one of those bear market rallies,’ or is there more to it?

Unsurprisingly, I think it is just another bear market rally, and, for better or worse, that seems to be the opinion of most professionals. It’s just a question of how much longer it lasts, if at all.

I’d say the basic source of this rally, and the reason it’s creating so much excitement, is twofold.

First, implied terminal rates have peaked. To put that in English, expectations for how many hikes the Fed will do has started going down, and cuts are expected to happen next year. Even someone like the Fed’s Bullard endorsed just that sort of basic plan. Currently, expectations are for a 75bps hike this week, 50 at the next meeting, and maybe 50 at the next meeting. 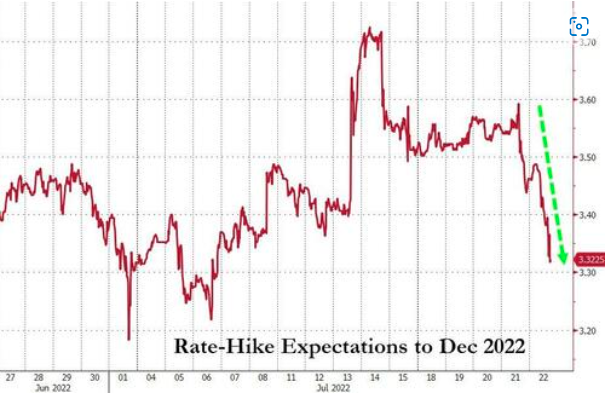 Some have really grabbed the reins on that concept, and think the Fed may do “one and done,” having a 75 bps hike and halting further raises. That strikes me as wishful thinking. While recessionary data has certainly been mounting, inflation has failed to fade. 1-month, annualized inflation could fade fast, which seems to be the market expectation, but even if that happened, headline inflation is going to look bad for a while just because of how the math works. 11 months of high inflation plus one month of low inflation is still going to be high.

The second issue is sentiment. BofA’s Michael Hartnett, who has done a wonderful job this year, had a widely circulated piece last week largely based on their Fund Manager Survey. The basic idea was the “only time you’ve ever seen this level of pessimism and not made money being contrarian long was Lehman.”

Sounds good, right? The thing is, there’s sentiment, then there’s positioning. Positioning hasn’t really changed. Sentiment may be negative, but net fund flows into US stocks are still positive YTD. We’re still dealing with the fully invested bears’ story. There also hasn’t yet been a rush out of cyclical stocks and into defensive names, at least not relative to what’s happened historically with a recession.

I haven’t seen any solid data that correlates negative sentiment with market bottoms, nor is that even what Hartnett said. He said we could get a bounce, not that this is a market bottom. To get a real market bottom, based on history, we’re likely going to need an inflection in Fed tightening. Based on current information, any pause in the Fed is unlikely to happen until early November. That can be anticipated by the market by a month or so, but that means an actual market bottom is very unlikely until October. Until then, we’re quite likely just playing with bear market rallies. Three months can be a long time in a bear market. 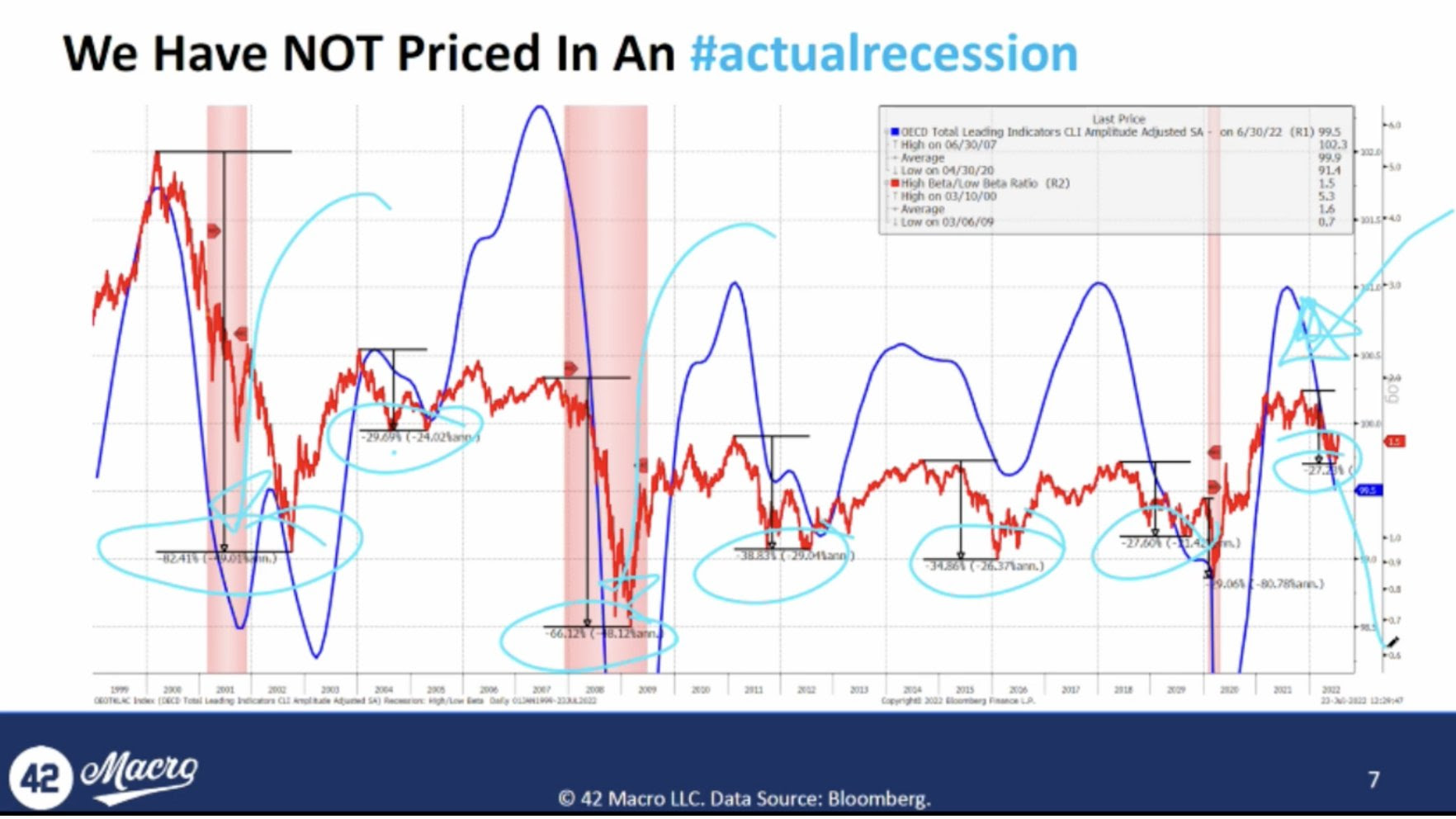 Bottom line, there do seem to be some people out there who are betting that July will mark a pivot by the Fed– they’ll have one more hike and be done. That’s a minority of investors, but they exist. Based on the data available, that strikes me as incredibly unlikely.

Essentially, this recent rally is based on aggressive Fed hopes and the idea sentiment got too negative. The problem is that we still haven’t priced in any kind of recession even though the data tells us it’s incredibly likely. Sentiment may be poor, but positioning has done very little.

I try to keep this simple, but to get a little wonky, it sure seems like a lot of big investors have been, and still are, trying to hedge a down market through buying volatility protection. As often happens, too much protection dampens extremes. Thus, the hedges aren’t working, and it looks like some of those hedges are starting to get taken off.

At some point, presumably, the positioning will also have to change. I’d want to get ahead of that, particularly with potential volatility events coming up like big company earnings, FOMC meeting, GDP, and PCE inflation all coming out this week. The market has been unusually slow to get out of cyclical exposures and into defensive positions. There’s still time to get in front of that, which is why we continue to push for defensive, quality, low beta stocks.