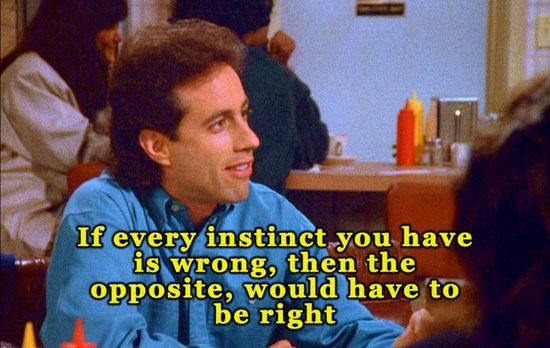 Personal confession: I never really watched Seinfeld. Then again, by the time I hit college, I didn’t really watch TV, outside of sports. But even I, a simple Amish(ish) man, knows of The Opposite episode of the show. To recap the episode, George Costanza decides that every decision he’s made in his life has been wrong. Instead, he starts doing the opposite of his instincts, and with great success.

The market is looking like a Costanza market. Since 2009, while floating on a sea of liquidity, investors have come to believe things that, like George’s instincts, are going to be bad for their health, long-term. Ignoring valuations isn’t the easy path to investing success. Stocks don’t only go up. Tech stocks aren’t eternal outperformers.

The problem is that times have changed. Instead of prospects of unending and increasing liquidity, we now have rate hikes and quantitative tightening, at least for as long as inflation is a problem.

Thus, one of the persistent and supportive features of the last decade-plus is not only going away, it’s doing a 180. Most things that worked well because of QE are going to do poorly in QT. It’s Costanza-market time, and the faster you realize that, the better off you’re likely to be.

As we saw last week, though, not every week has to be the same. That’s part of a Costanza-market. Where we largely had a pretty smooth rise in QE, QT is more about chaos. Bulls get bruised, bears get bruised. You have to keep your head. It’s more about preserving capital than minting money.

There can also be somewhat longer-term times where the market looks good, even during a potential bear market. Positive things can happen. The Ukraine situation can get better, China can get more accommodative, Europe can support its economy, or some other exogenous factor. Ideally, you can be positioned for that, but it’s hard.

Of course, if QE helped create easy street, it’s easy to imagine QT could create more potholes. Inflation, lower margins, an earnings slowdown, growth slowing. It’s been a tough market, and that’s likely to continue. This is where active management has the potential to make more of a difference.

As an example of how to deal with this chaos, let’s look at the current situation. Obviously, the market had a good week last week. What happened? The most obvious feature was short covering– a lot of highly shorted stocks did very well. In addition, there were a lot of puts open at the 4300-4400 area in the S&P 500. Those seemed to serve as a natural attractor, and covering those helped pop markets higher.

The problem with that is we’re out of rally fuel, and now the market is operating without a safety net. In the options market, implied volatility (IV) is well below realized volatility (RV.) Essentially, this means people are rapidly getting more complacent. Is it possible that can continue? Sure, but to get more complacent something bullish would likely have to happen, like good news with Russia or China. Barring that, the most likely next move is down. Nothing has changed from a week ago. All the problems we had at 4100 are still here at 4460, except now people aren’t protected on the downside.

So are we going down this week? Probably, assuming we don’t get some good news. Of course, life doesn’t come with guarantees. Like I said in the last blog, in the long term, it’s hard to avoid problems from QT and slowing growth, but it’s hard to know for sure just when that starts. We can get some good news, and that can bounce the market further up. It’s more towards the back half of the year, with higher short rates, QT, and slower growth, where it gets harder to see a friendly market. In the meantime, it’s easy to imagine we could get another decent rally sometime in the next three months, especially from more stressed levels.

At some point, though, you have to think like George Costanza. Realistically, that time has already happened. We’ve just been taking a little break, and there’s a good chance we could see another break before we’re done for good. Really, though, how’s AMC and GME done lately? How about ARKK? ARKK may have had an impressive 27% rally, but it’s still down 50%. What used to work hasn’t been working, and that’s going to continue. 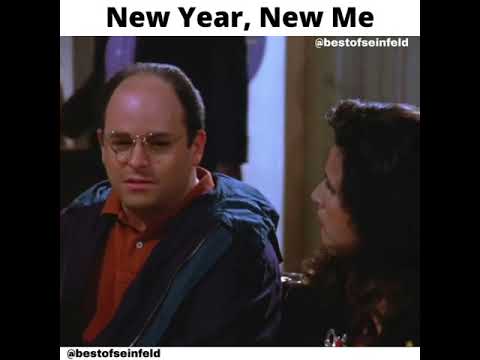