Who Cares About Wyoming?

Who Cares About Wyoming?

Every year, the Fed has their Jackson Hole Symposium in Wyoming. Who cares?

The only reason we care, and the reason why I talk about the Fed so much, is their actions over the years have made them increasingly important to market action and direction. When the Fed shifts positioning, we need to change, and potentially significantly. I don’t like that, nor do I think it’s appropriate, but we must invest in the market we have, not the market we want. This year, the Jackson Hole Symposium is this Thursday through Saturday.

Complicating things a bit, we’ll also get the July PCE numbers on Friday, which is the generally favored inflation number of the Fed. All the CPI numbers for July indicate PCE inflation should be a gentle number, but of course there’s always the chance for a surprise. That same day will also have the UMich 5-year inflation expectations for August, a data series Powell has mentioned of late.

There has certainly been a body of investors who believed the Jackson Hole meeting would be the time when the Fed actually does pivot to an easier stance. As I’ve written about in previous weeks, that would make a lot of sense if conditions were like what investors have become accustomed to since 2000. We saw enough stress in the financial system that normally the Fed would ease.

Unfortunately, the Fed mandates of maximum employment and stable prices are screaming at them that they need to keep their foot on the brakes. Despite investor hopes, there’s still no pivot from the Fed. It’s just a question of how big the next rate hike is. Just on Friday, Bullard said 75bps is appropriate in September, while George says 50bps. 0bps isn’t in the discussion. In the last 90 years, I struggled to find a period where inflation sharply reset to a lower level, and the Fed has given no indication they expect that, either. Even a relatively modest slowdown needed a significant recession. 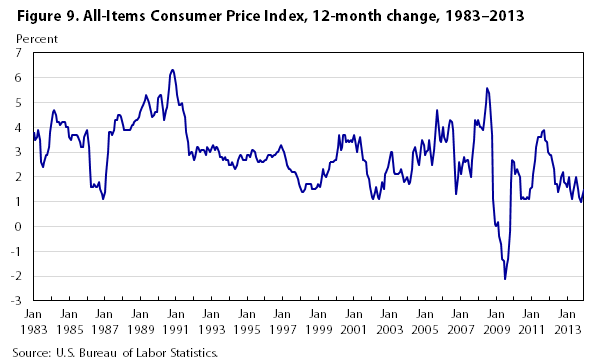 The Fed’s Daly also says there’s no hurry to raise rates next year. That’s in stark contrast to the market pricing in an abrupt easing in Fed fund rates. This is where we may see the most fireworks out of the Jackson Hole meeting.

Will the Fed have to use Jackson Hole to let the market know it’s way too dovish vs. the Fed? The market has been very aggressive in pricing in the Fed slowing down quickly, but Fed heads have been pushing back on that. Ultimately, what the Fed actually does is more important than what they say, and there’s been no sign that the Fed is pivoting anytime soon.

Jackson Hole, perhaps along with coming inflation data, has the chance of greatly changing our desired positioning. While we expect the Fed will have to reiterate their lack of pivot and need to continue a single-minded focus on inflation, and are positioned as such, we also need to be prepared for what we would want to do if they do end up being dovish.

A more dovish stance would likely crush the dollar. In turn, this should help hard assets like commodities and the attractiveness of foreign investments. While we’ve already positioned a portion of portfolios for this, as it’s likely to happen eventually, we’d get more aggressive in those areas.

Unfortunately, the market is already anticipating peak inflation, and has largely priced in a gentle Fed and an economy that will hold up fairly well. As such, it’s hard to get broadly aggressive investing, right now. Leading surveys with predictive power like the two Leading Economic Indicator (LEI) surveys from the OECD and Conference Board, along with the Purchasing Managers’ Index (PMI) surveys from ISM and Markit all point to an economy that’s still under stress.

Ultimately, we’ll know more by next weekend. We need to position for a weighted variety of outcomes, and we believe we have done so, but what we see this week may change those weightings. We’re as prepared as we can be and will see what the week brings.