For much of the late 20th century, Federal Reserve chairman Alan Greenspan was widely seen as the maestro behind the global economy – reappointed by Presidents of both parties over an unprecedented two decade-long tenure that saw an extraordinary expansion of wealth and prosperity.

Thus, Greenspan’s words were taken to heart by many in a famous 1996 speech at the American Enterprise Institute, in which he warned of “irrational exuberance” artificially inflating the value of the booming stock market.

Greenspan’s words would later be seen as prescient (if not absolving him of his own culpability, in the eyes of some factions) in the wake of the dot-com bubble in the late 1990s and the financial crisis to follow in 2008. At the time, however, Greenspan was perceived by many as throwing cold water on the souring innovation underway throughout the economy, particularly in the tech sector as the full commercial promise of the internet began to come into view. (This is a common role for the Fed Chairman, with one of Greenspan’s predecessors famously describing the job as to “take away the punch bowl just as the party gets going.”)

Greenspan’s words continue to hold great relevance for all of us today as investors. How can we determine when value has been pumped up irrationally on illogical thinking? And how can we integrate the risks that we may be wrong into our analysis of market opportunities?

Many analysts today believe that the market is long overdue for a correction or an even more significant downturn. Yet that’s a difficult sale to make to investors who remain enthusiastic after seeing record gains in record years, with the Dow closing at record highs.

It’s important to remember that our current market expansion is in it’s 10th year and will soon break the record for the longest bull market ever. However, there are certain industries and leading economic indicators signalling that trouble lies ahead. For instance, auto payment defaults, student loan defaults and consumer debt all signal trouble ahead. However, it’s important to remember that it’s unlikely all industries will experience a contraction at the same time. That’s the beautiful thing about a free market, there’s always opportunity.

Despite evidence that this party can’t go on forever, people are rarely rational – especially when it comes to their money. Even with all of the data analysis at our insights, we remain fundamentally emotional about many of the investing decisions that we make.

That’s why one of the most important roles of a good wealth manager is to effectively manage any irrational exuberance. They may be operating on a much smaller stage than the Chairman of the Fed, but their role is often to take away the punch bowl as well. Much of their work is to help their clients to avoid making any ill-conceived moves. This is especially so in the event of market troubles but also in boom times as well. Warren Buffett famously advises investors to “be greedy when others are fearful, and fearful when others are greedy.” This advice to swim against the tide makes every bit of sense in the abstract, but can be very difficult to actually follow in the midst of the moment.

It’s just one more argument for why a steady, dependable wealth manager is an excellent option to help most of us avoid mistakes born from ill-conceived fear or exuberance. 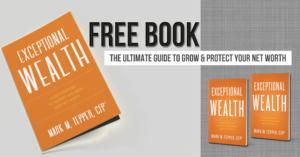 First and foremost, I’m the kinda person who likes to keep my conversations, especially when it comes to technical things like financial planning or buying NFTs, on a level that everyone in the room can understand.     NFT stands for Non-Fungible Token. Non-fungible means…
Read more »

Derek Gabrielsen, CRPC®, Wealth Advisor Summer is almost here! One of the most commonly heard stock market sayings headed into the summer is “sell in May and go away.” This old adage suggests you sell your stocks in May, and not get back into the…
Read more »