Now that everyone is recognizing that the Fed is serious, for once, about tightening past the traditional pain point to slay the inflation beast, what should we be doing, now?

Since this is a very Fed-driven action, it makes sense to pay attention to the traditional Fed mandates of maximum employment and stable prices to find where there can be a change. Unfortunately, neither is very helpful right now for ending the pain, but that can change rapidly.

On employment, there’s essentially no obvious stress in the system. Yes, the Household survey shows some stress, with full-time jobs shrinking over the last six months, but we’re still very close to reasonable maximum employment levels. We are seeing a weakening, though, and if the economic slowdown continues, it wouldn’t be unusual to see payrolls lose 1-2 million jobs in a month. That could definitely happen, but there’s no sign that such a change is imminent. Thus, we look to the ‘stable prices’ half of the mandate in the hopes we can see something there. 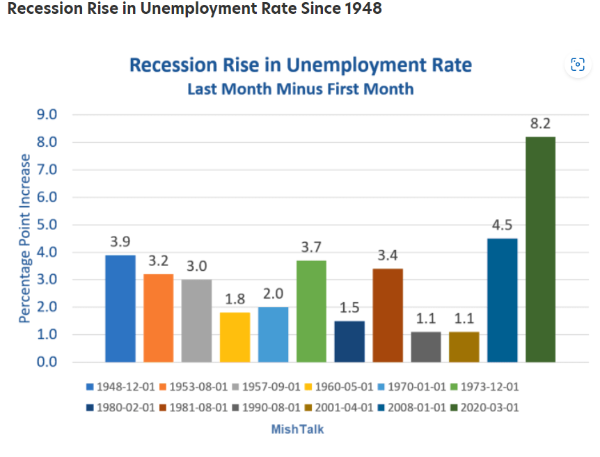 The stable prices (inflation) portion of the Fed’s mandate has certainly caused quite a bit of consternation over the last year or so. We’ve hit levels of inflation not seen for decades. The last CPI report gave us a ray of hope, though, with m/m inflation slowing sharply, at 0%, vs. 1.3% the previous month. If we continued to see a decline of that magnitude, we would rapidly put the inflation genie back in the bottle. Could we?

While anything is possible, I have a hard time seeing where a repeat of a significant slowing in inflation would come from. It’s not entirely fair to say the July CPI slowdown just came from energy prices abating, but that was certainly the major factor. August didn’t see a similar repeat of energy prices dropping and while other factors could cause a drop, most factors aren’t as volatile as energy. The Cleveland Fed inflation Nowcast is currently predicting inflation of about 8.25% for both August and September. That’s nowhere close to the levels the Fed needs to see.

Bottom line, no significant change is likely before the 9/21 FOMC meeting, so we should see more rate hikes. Every basis point of hiking just gets us closer to a harder landing. The next FOMC meeting is 11/2. Around there is likely where we could see the Fed finally moderate their tightening.

In my mind, inflation is the likely battle line. If inflation manages to continue to slow rapidly, the Fed can stop or slow tightening, and the market can potentially recover. If inflation stays sticky, the rate hikes have to continue, and the economy is headed to a hard landing.

What happens? We’ll have to look at the data as it comes in. 9/13 is August CPI, then 10/13 is September CPI. August CPI seems unlikely to have slowed enough to make much of a dent in hiking plans, but maybe September data will see sufficient slowing, perhaps along with continued jobs damage, to make the Fed shift.

We definitely care about rate hikes moderating, but what would that really change? The tightening cycle, along with general world stress, has made the dollar very strong relative to peers, as we’ve seen from the traditional flight to safety. Once the Fed relaxes, the dollar strength is likely to abate.

That should help make other assets more attractive, like commodities and international stocks. Since inflation seems to currently be the main weight keeping long-term Treasurys down, chances are they will also become more attractive.

Eventually, inflation is likely to be tamed, and we just want to be prepared for that time. It’s hard to front-run that too much, as it’s a fairly binary situation. To the extent rate hikes continue, the dollar should continue to strengthen. Once that changes, we can change.