Everyone and their dog knows that the Fed is going to hike rates and start shrinking the balance sheet on May 4th at their FOMC meeting. Despite that, the bond and the stock market have reacted to that eventuality fairly differently.

In bonds, we’ve seen a generational-sized drop, and fear has gone to the moon. In stocks, we certainly haven’t gone up, and long duration stocks (those that need a long time for solid profitability) have been hit hard, but the overall damage hasn’t been nearly as bad as bonds. Volatility soared with bonds (MOVE) but hasn’t been nearly as serious with stocks (VIX.) 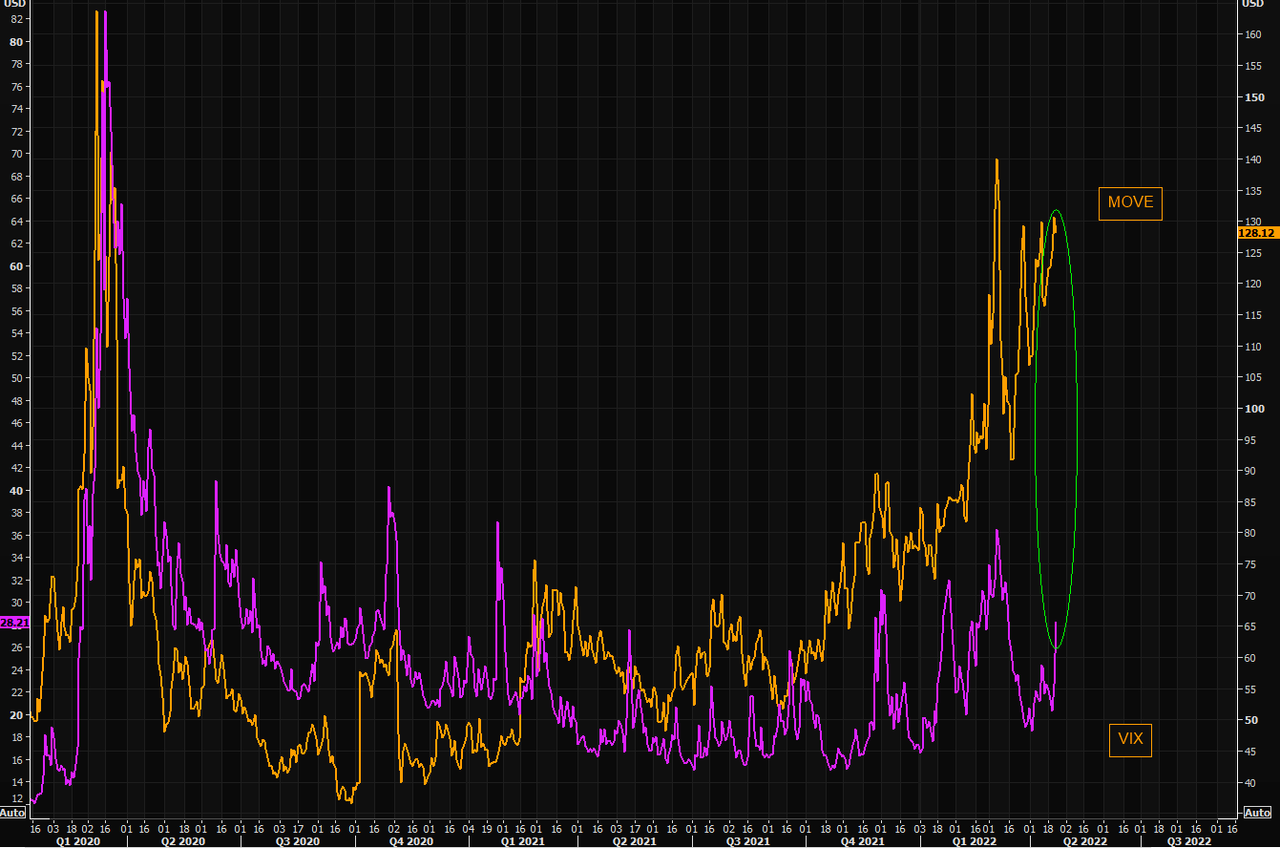 Over the last several years, the options market has become massive, to the point where it seems to be one of the biggest influencers of the market. I admit, I don’t like that. I miss the days when things like fundamentals had primacy, but you have to pay attention to what is, rather than what you would like to be. And for the last several years, it has paid to watch the options market.

Unfortunately, the options market is awfully cloudy right now. There’s been a lot of very short-term oriented action. That’s led to very whippy market moves, and sustained volatility is the enemy of leverage. According to SpotGamma, we’re seeing a combination of a reduction in calls held and low liquidity. In a way, markets are seizing up.

Friday was the first real sign of fear, but was that enough to cause a bounce? The options market isn’t giving a great deal of direction. VIX (volatility index) finally shot up on Friday, but it got higher in March, around the last FOMC decision. Looking at it a little differently, while the forward VIX curve (predicted volatility over time) got much flatter on Friday, it’s nowhere near true fear levels, where near-term volatility becomes higher than long-term volatility. The chart below is from ZeroHedge on Friday, May 22nd.

In the short term, I think it’s hard to make a bold call. The market doesn’t look stressed enough to say the FOMC decision is priced in. Could we get there before the FOMC decision on May 4th? I doubt it, but there are some huge earnings reports coming this week. That could change the situation.

To the extent that I would buy anything, I’d still stick with boring old high quality, low beta. The Fed is hurting growth to fight inflation, and that’s unlikely to change anytime soon. It’s going to take time to slay that beast.

It’s easy to imagine that we do get a good buying opportunity in here, somewhere. My best bet would be somewhere between the 5/4 FOMC meeting and the 5/20 OpEx. Options expirations have had quite an effect on the market of late, and that could happen again in May.

I’d point out that while there are clear worries out there, the actual data hasn’t been all that bad. Because of that, we could still see a decent bounce. In general, there’s no reason we can’t continue to find good places to invest in the stock market. The opportunity set has certainly changed over the last year, but there are still worthwhile investments out there. We just need to be a bit more careful, as the potential to get hurt has become greater.

As for Treasurys, we already have the fear and loathing of which durable bottoms are made. There’s probably no hurry to rush in and buy, but it wouldn’t surprise me if they start to trend up over the rest of the year. Some big banks are already noting it’s likely the market will shift from worrying about inflation to worrying about recession, and that should be positive for longer-term Treasurys.

What would make me more aggressive on stocks in the long term? I’d would want to see a dovish pivot from the Fed or a sign that growth prospects can sustainably improve. That’s likely to take a while. Short term, you could see some sign that hedges are coming off. That also seems unlikely right now, but potentially, enough stress could change that. That said, there don’t really seem to be all that many hedges in place to start with.

Ultimately, bonds show a great deal of fear and stocks show relatively little. That makes me much more comfortable broadly holding government bonds than stocks, at least looking at quarters, rather than weeks. Additionally, bonds now yield significantly more than stocks. The TINA (There Is No Alternative) attitude towards stocks should change to TIA (There Is an Alternative.) 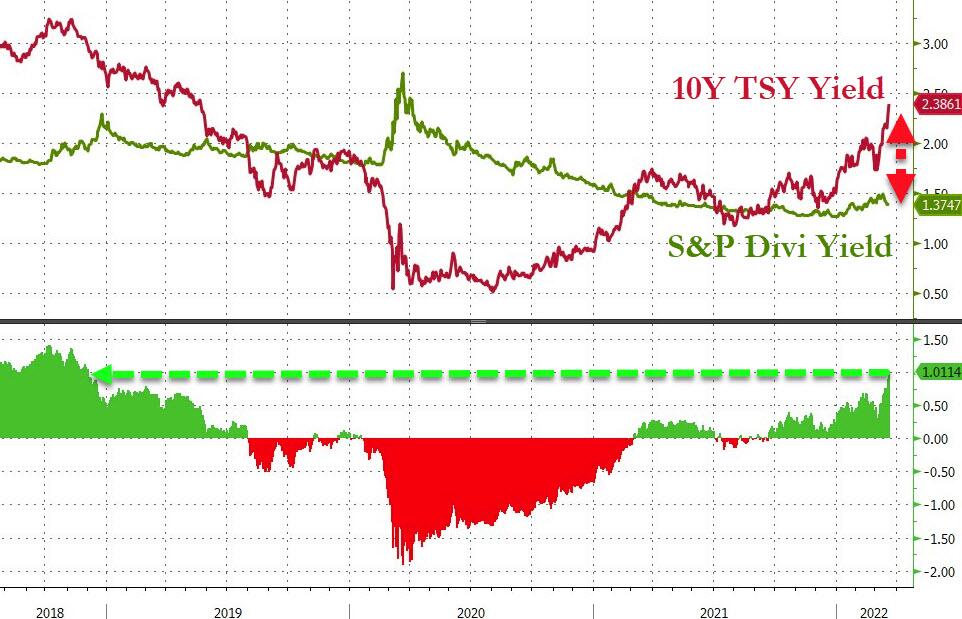 I know you can look at sentiment surveys and say everyone is bearish, so it’s time to buy, but if you look at things like household stock holdings, the VIX futures curve, or the BofA Fund Manager survey, it’s hard to say everyone is bearish. Put differently, I think we still have a lot of fully invested bears. People say they’re bearish, but they’re not positioned like it.

Right now seems like a very difficult time to decide what to do, and I think the market reflects that. Investors seem to have de-risked with rising volatility and are largely holding off on making big moves, at least aside from trending away from riskier long-duration growth stocks. All that makes a lot of sense to me, and I don’t really have much to improve on that stance. This seems like a time for watching and waiting, rather than trying to be a hero.