We got a big wakeup call at the end of what we thought would be a sleepy week. Two things happened: CPI reaccelerated to highs not seen since 1981 and University of Michigan Consumer Sentiment hit all-time lows. Both of those are fairly shocking numbers.

The CPI number seemed to be the big attention-grabber. Basically, everything went up, but the big inflation gainers were energy (including utilities,) food, and shelter. Because of this, real wages (wages-inflation) are getting hit hard at -3% y/y. Pocketbooks are effectively shrinking, and considering how important the consumer is to our economy, this greatly raises concerns about recession. 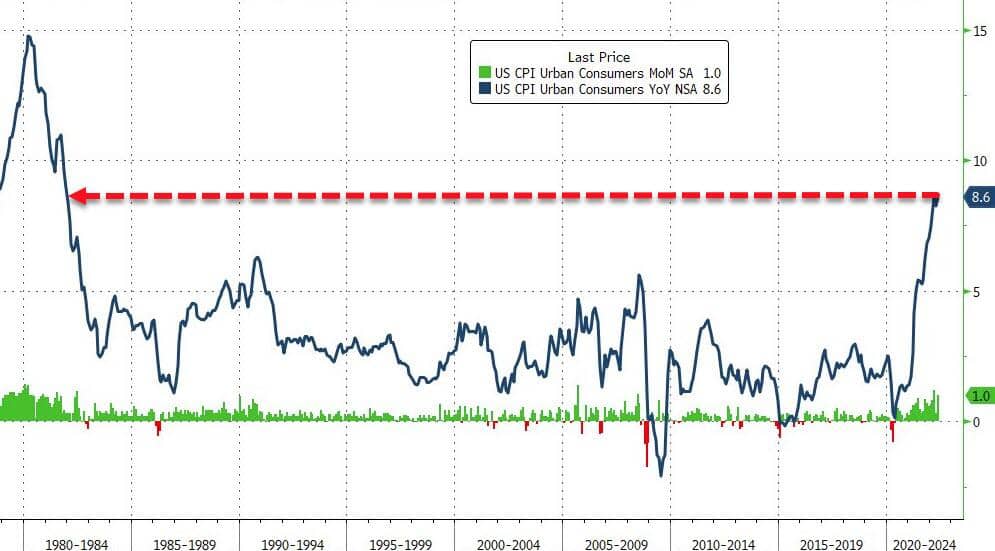 To my mind, Consumer Sentiment was the real shocker. The index moved from 58.4 to 50.2, month over month, which is truly ugly, and well below expectations of 58.1. Here again, inflation concerns are taking a bite, with 5–10-year consumer inflation expectations jumping to 3.3%, the highest since 2008. The Economic Conditions subindex also hit an all-time low. This helped drop Consumer Sentiment to the lowest level on record.

All this should force the Fed to be more aggressive. Unless something changes rapidly, markets have to expect a quicker pace of hikes and a higher terminal level of rates. That’s what we saw happen in fixed income markets, with the implied 1Y forward Fed Funds rate (expectations of the future Fed Funds rate a year from now) resetting up to 3.6%. That pace is supposed to happen quicker as well, with rates rocketing to the terminal level within that year. 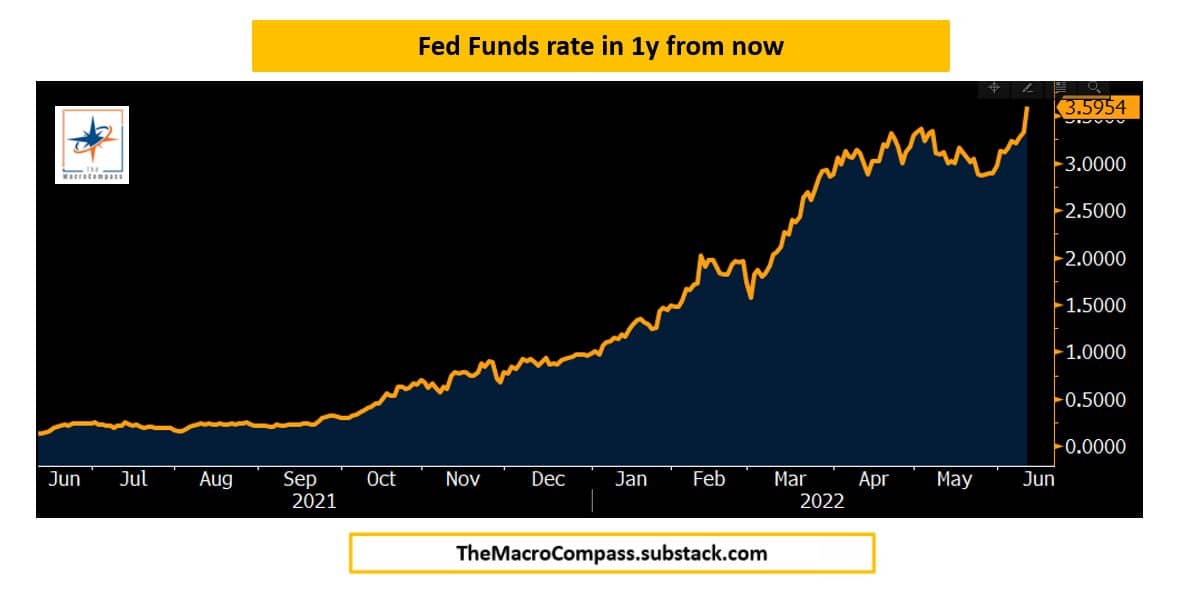 Those rate plans are a big problem, which the bond market also recognizes. Credit spreads are rapidly rising, as the market is concerned these rates are going to hurt a lot of business plans. The market is also pricing in some amount of rate cuts shortly after all those hikes, as concerns of a recession mount.

All this is a recipe for continued rough sailing ahead for the stock market. In this environment, you should expect P/E ratios to shrink. Inflation has also been very broad based and sticky, and we have to recognize that could continue. None of that is helpful for stocks.

In general, we’ve been focusing on maximizing optionality in this period. Thus, as the market sunk towards support, we added stock exposure, and as the market started to rise, we started to remove exposure. Looking just at our Value strategy, we currently have a net increase of about 4% allocated to stocks. Put in a different way, we went from about 18% cash, to 1% cash, then to 14% cash.

We weren’t just trying to time the market, though. We took the rise and fall of stocks as an opportunity to change our exposures at good prices. We got rid of some companies that looked to have a relatively hard time performing well going forward, and replace them with stocks that hopefully have better future odds. We also changed the composition of the portfolio to be more balanced in relation to the market. Ideally, we like to be more balanced unless conviction is very high, so as our concerns of a lower market, hitting high beta hardest, has taken place, we’re willing to get a bit more in line with the market.

What could we see, going forward? In the short term, you could argue that all the market really did on Thursday and Friday was go from around the top of the recent range to the bottom. There are no guarantees, but a bounce seems logical. Additionally, VIX expiration is Wednesday morning, and there isn’t really any clear event risk between here and there. We’ve seen the VIX get crushed and the stock market rise into this event each of the last two months, and we could see that again.

After that, event risk certainly spikes again, with the FOMC on Wednesday and Options Expiration (OpEx) on Friday. Stocks aren’t as out of position as they were just a few days ago, but they’re still not trading at particularly stressed levels, looking at things like options positioning. Obviously, that can change post-OpEx, but for now, it’s hard to sound the all-clear.

Widening the lens further, problems don’t go away. 6/30 will see Core PCE announced, the Fed’s favored measure of inflation. Preannouncement season has gone poorly, thus far, and that could continue. As we get into July, we’ll have earnings season, and as companies get more clarity on the year, particularly combined with still-optimistic estimates, the concern for disaster is high.

Even farther out, persistent inflation creates a lot of headaches. It forces the Fed to be hawkish until the inflation monster is good and dead. Liquidity has tightened, but it can tighten much more, and I don’t see how it can’t, at least until something breaks. Rising rates kills a lot of business plans. Credit stress is elevated, and again, that seems likely to continue for a while. In turn, that will slow economic growth. Equity growth estimates are still awfully high, and that seems certain to be reset lower. 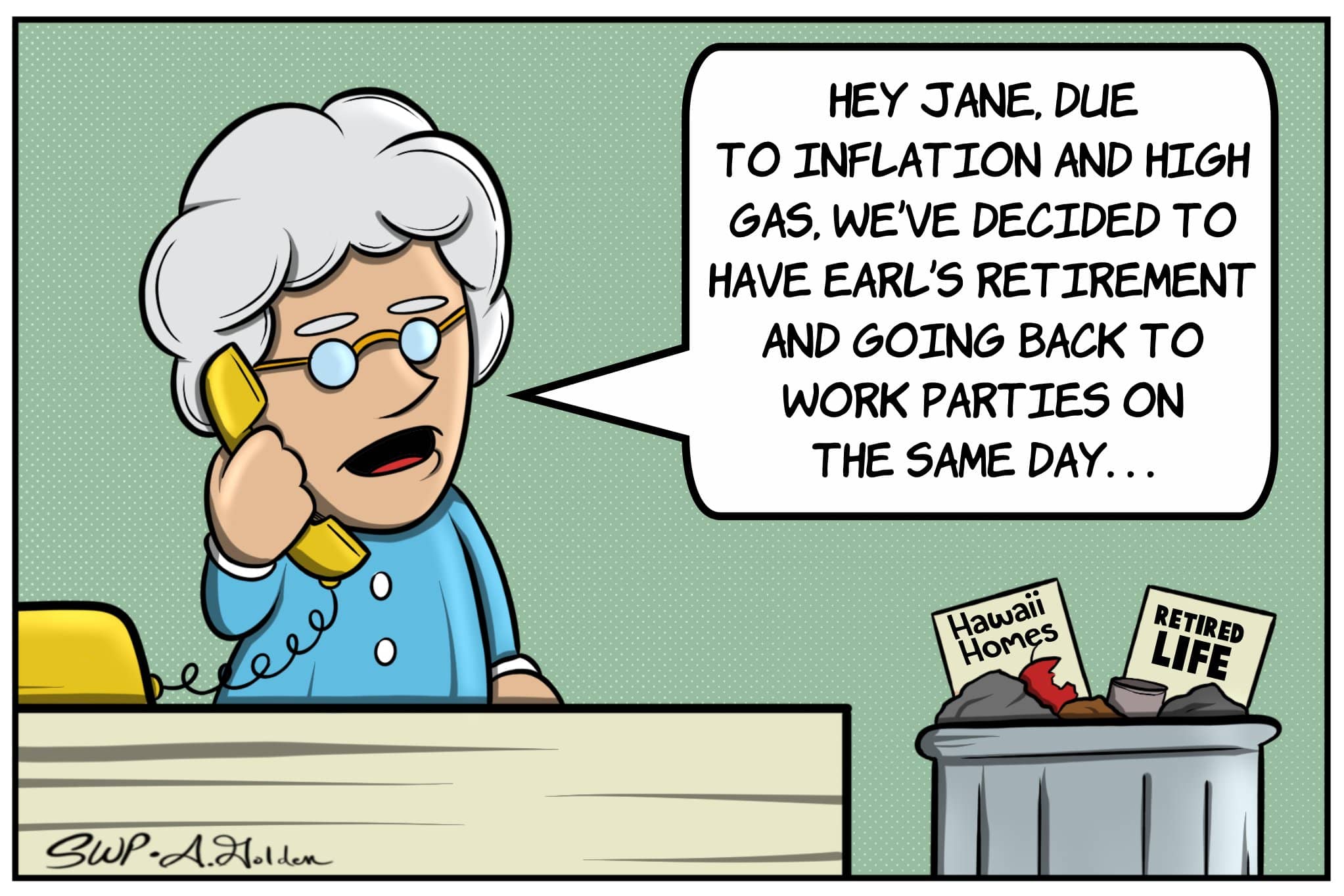 All that means recession risks are higher than they were, which I think explains the basic reaction on Friday.

What to do? Investors had been eager to buy higher beta stocks in the bounce we saw. In my mind, this has them out of position for the recessionary reality we are likely facing. Thus, that means more defensive stocks are likely relatively underpriced, and thus, a better place to invest.

Until Wednesday, and thus very short term, it’s quite possible we see a bounce. Looking at futures early Sunday night, that doesn’t look like a great call, but to the extent we see a bounce in the near term, this is the most obvious place. We’re currently just playing with the S&P 500 bear market line again, so a bounce still seems reasonable.

As the months go on, while we could see a temporary rebound from oversold levels, there are an awful lot of problems that seem awfully hard to overcome, and a lot of these problems stem from runaway inflation. When might inflation settle down enough to stop the need to tighten? Darius Dale of 42Macro, who is much better at understanding inflation than I’ve ever been, thinks the first time we could see tightening relax is November. For my own part, it does seem reasonable to say that as the months go on after that point, the idea of the Fed relaxing seems likely to accelerate. Inflation has been such a major problem that it really needs to die before the Fed can really change. A lot of damage can be done between now and the Fed pausing.