We had quite the party with our trillions in stimulus payments, didn’t we? The problem was, we were always going to pay for it. It was just a question of how big the party was going to get and when it was going to end.

Like any party, now that it’s over, the place looks a mess. Fortunately, we were reasonably prepared, but panic and chaos do crazy things, and when big shops start to deleverage, even the good stuff goes down. That can also make some sense, as the spread between quality and junk widen, people are going to be tempted by the junk side… 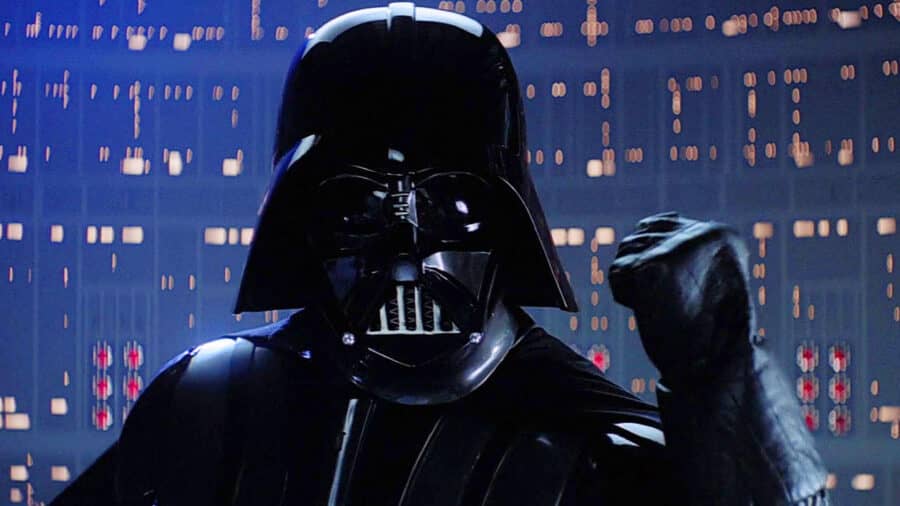 Again, all this has happened before, so it shouldn’t be a great surprise. What did we do? As the market started to fall sharply, and we got some amount of fear, we started to invest our cash. We didn’t invest in the defensive names that helped carry us this far, though. Instead, we widened our net into sectors like industrials and tech. We stayed high on the quality spectrum, but got a bit closer to the index in terms of sector exposure.

As anything happens in the market, we need to determine if it’s likely increasing or decreasing in intensity. Additionally, are we dealing with a head fake or the start of a new trend? I admit, the details can get kind of complicated, and you can’t get it all right for long.

That last point is worth considering. I don’t mind concentrating heavily in a good idea when it’s not recognized well by the market, but when the market embraces it strongly, you have to start to worry. We saw just this situation with the energy sector this week. As odds of a recession started to spike, and market-implied terminal Fed Funds rates shrank, the energy sector rapidly entered a bear market with the market, as investors worry about future demand.

I still think areas like health care, utilities, and staples are great places to be in the long term, but when you see them at 52-week highs while the market is getting hit hard, I don’t love them at every price.

Thus, we broadened our exposure as we got a decent opportunity. Then, we sold some stocks that had done very well, as their future looked more questionable. The table below on utilities becoming relatively expensive is now dated, but was the sort of thing we were looking at when we were thinking about what to sell. We’re now holding more cash again, but also looking a bit more like the index. I still want to stay pretty defensive, but I’ll only try to get more defensive when the opportunity presents itself. 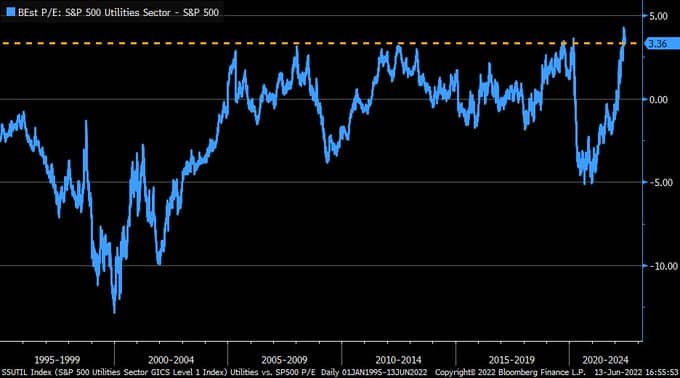 Going forward, while we could get a bounce, it’s more likely of the bear market variety– short-lived. We still have a lot of problems to deal with from inflation and tighter financial conditions, and it’s not at all clear that’s solidly priced in.

We do want to look for changes in what the market is focusing on, though. The main change I’d be looking for is investor focus moving away from rate stress and towards pricing in a recession. A big part of YTD action has been dominated by inflation surprising to the upside, which has led to both higher interest rates and higher interest rate expectations. Because of this, both stocks and bonds have fared poorly.

Eventually, that will be priced in, or at least priced in well enough. The next focus is likely to center on damage from a recession. That’s a significant change. Namely, we should expect to see outperformance from bonds and bond equivalents. When does that start? Tough to say, but we are starting to see inflation expectations turn down and recession concerns rise, so it could be reasonably soon. Maybe in the next month or two?

Pricing in a recession instead of worrying about rates isn’t really good news, just a potential change we need to prepare for. Can the sun shine again? Of course, but it’s hard to say when. Theoretically, we could already be in a recession. The Atlanta Fed’s GDPNow estimate for Q2 is 0%. Any lower, and we have two quarters of negative GDP, which is a technical recession.

If we’re already in a recession, and inflation slows, could we see the Fed relax a bit in the fourth quarter? It may not take all that much for markets to get happier, considering how grim they have been. There’s no point investing on that basis now, as this bear market could turn into a crash while we price in a recession, but it’s something to think about as the year goes on. There will be a happier market eventually, and it may not even be all that long from now.