Second Verse, Same As the First?

Second Verse, Same As the First?

First, the First Half

The first half of the year was… not great. You can go elsewhere to see people try to one-up each other on just how bad the first half was. I suppose if you’re curious, the worst I could quickly come up with was that, according to BofA, from an inflation-adjusted perspective, this was the worst first half for the S&P 500 since 1872! And the S&P 500 didn’t even exist until 1957! 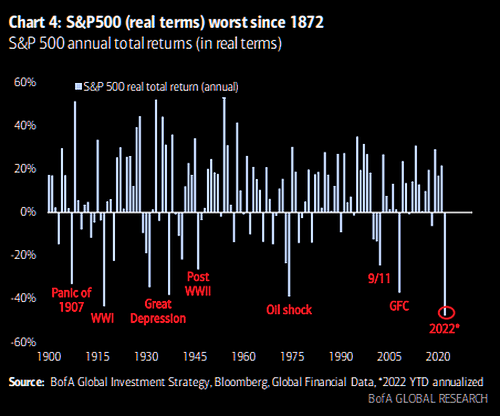 Before you rush out to put that deposit on your new bunker, I’d point out two things. First, the strategist behind this is Michael Hartnett. He’s done a wonderful job getting ahead of problems this year and protecting clients. Second, is this is kind of a sneaky chart. Note, in the bottom right, it says “*2022 YTD annualized.” For those of you who aren’t familiar with statistical tricks, that’s basically saying “let’s take the worst first half in your lifetime and assume it repeats.” That’s why I consider this stuff to be more about trying to make the splashiest headline than something to take all that seriously.

Second, the Second Half

Bold prediction: the second half of the year will not be identical to the first. That doesn’t mean it has to be good, but you can’t just expect the market gods to hit CTRL-C, then CTRL-V on their spreadsheet of the universe. I do think we can make some more modest proposals, though.

First, inflation really soared over the last year. Stop and ask yourself, why? I know you’ll see a variety pack of answers to that, but I’d look for what changed. I’d say the most obvious difference is that in addition to the usual flood of money to favored parties that we get in a crisis, we started aggressively handing out money to people in the form of ‘stimmies’ and expanded welfare benefits.

It seems most of the government agrees that this was a problem, and that stimulus has been sharply curtailed. A recession has also historically been the traditional way to ‘solve’ inflation, and at this point, with the Atlanta Fed’s GDPNow for Q2 at -2.1%, we may be in a recession right now. Inflation seems likely to slow down, the question is how much and how fast. 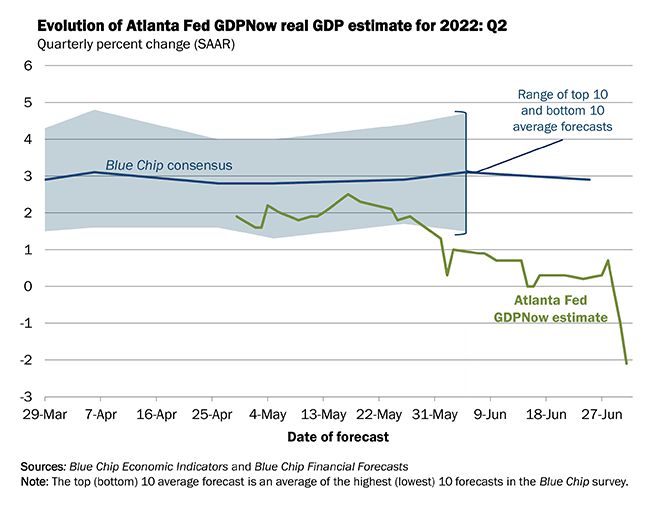 We’re also going to see Quantitative Tightening progress at a record pace. From June through August, the Fed is selling $30B of Treasurys and $17.5B of mortgage-backed securities (MBS.) Starting in September, that doubles, to $60B in Treasurys and $30B in MBS. I think it’s pretty clear there’s a lot of pressure on inflation and the economy, and I don’t see why that wouldn’t continue until the Fed (not the market) decides they can stop.

Just Tell Me When To Go All-In

There have been a number of pundits talking about how markets have fallen so far, so fast, they have to rebound. In a vacuum, that makes sense, but my problem with that is we’re going from an environment where the Fed has supported markets every time there’s a whisper of a problem to one where the Fed is busy fighting inflation higher than we’ve seen in decades. You can’t compare the two environments. What was normal and expected no longer applies.

Instead, what we most likely need to look for is when the Fed may start to decide they’ve done enough and when they can change this environment That’s when we can start having a real party. When could that happen? Obviously, we’d need to see inflation slow significantly. I suspect you can also look at their other mandates, like jobs and growth, to figure out when the Fed may have a change of heart, and takes their foot off the brakes.

So, when could the Fed calm down? From here, it’s hard to say. Their annual Jackson Hole Economic Symposium in late August often signals a turning point in policy, so there’s some hope the Fed will relax, then. Can the combination of inflation, jobs, and the economy have both gotten into line and be clearly evident in the data by that time? 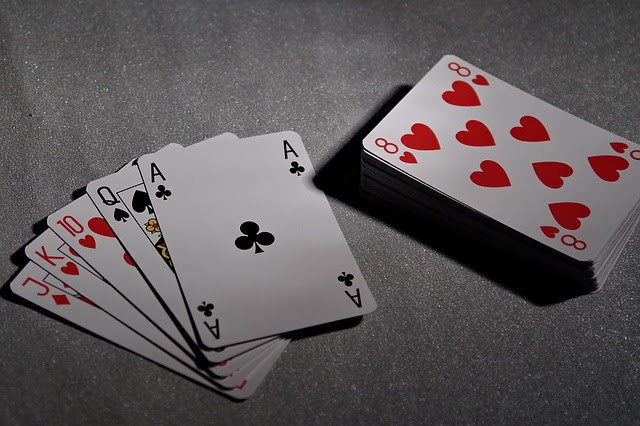 That’s possible, but also seems aggressive, to me. We’re still at a point where it’s very hard to say when inflation really slows. Base effects should slow the pace of inflation as the months continue, but there’s more to this complicated puzzle than simple base effects.

Thus, right now, it’s very hard to say just when the Fed slows down their anti-inflation crusade and creates a better investing environment. We’ll have to just pay attention to the data and decide on an ongoing basis as to how we should position.

I admit, that’s a pretty unsatisfying answer. Based on what we know now, if I was forced to bet when we could see a likely inflection point, where the Fed relaxes, it would be something like Halloween.

Why then? I’d expect by that point, inflation will be solidly trending down. Not necessarily way down, but inflation should be trending lower. QT would have been in full effect since September, so that downward pressure would be there. Lastly, midterm elections would be close, which could provide a dose of optimism.

What’s that forecast worth? Not all that much. There are a lot of variables to consider, and a lot that we just don’t know. The only thing I’d really say about it right now is just to point out it’s reasonable to believe that within a few months, how we invest and what we invest in could change, potentially dramatically.