Equity Risk Premium (ERP) is the excess return that investing in the market provides over the risk-free rate. That excess represents why you may want to invest in the stock market over something safer, like a money market fund delivering something like 4.3%. Wake up, I have a point!

All you really need to know is that ERP tends to go up when the risk in the market increases. As you can see below, despite the decline in the market, the market has stayed risky. In fact, the market is riskier than it was to start the year.

Maybe that seems overly esoteric to many. To me, it’s worrisome. Elevated short rates create a higher bar for stocks to hurdle. As long as that bar stays high and potentially higher, it’s hard to get excited about the broad stock market. Why invest in risky things when risk is elevated, while risk-free alternatives have started to look pretty good?

It’s hard to see how the Fed can lay off the brakes anytime soon, at least not without a crisis. Thus, rates are likely to stay high for a while. Inflation and the labor market are key.

With inflation, admittedly, the FOMC could just change the details they focus on. For instance, m/m headline CPI is down to 1.2%, while m/m Core CPI is down to 2.4%. Mission accomplished, right?

As Darius Dale of 42Macro notes, not so fast. The FOMC explicitly stepped away from relaxing anytime soon in the last meeting, where they said they needed substantially more evidence than just a month or two of slowing inflation. That makes sense, given the focus on the Paul Vockler era of fighting inflation in the Seventies and Eighties. While he slayed the beast eventually, he also took his foot off the brakes too quickly in 1981 and caused a rebound for inflation. Fed Chairman Powell seems acutely aware of that and doesn’t want to repeat that problem. Thus, the Fed has cited inflation statistics such as Core Services PCE ex-shelter, which keeps creeping up. 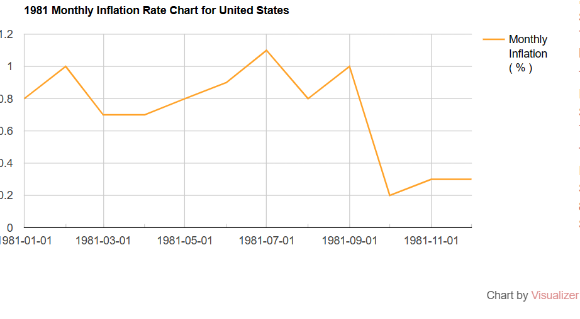 This shifted Fed focus also brings the labor market into play. Like Core Services PCE ex-Shelter, Nominal Employee Compensation is rising at a similar increasing rate. That’s probably connected, as rising wages are giving people more money, which makes inflation stickier. As long as the labor market remains pretty tight, it will be harder to really get inflation down.

The Fed doesn’t want a crisis, but it seems like the two ways for this to resolve are either for the market to grind lower while financial conditions continue to tighten, or we have a big crisis and crash, forcing the Fed to finally make some degree of a pivot.

Thus, the ERP says the market is risky and the Fed is saying they are nowhere close to pivoting. Potentially, this can change with a crash, but it doesn’t pay to invest ahead of that. Because of this, there’s still no real sign of a sustainable upward trend, and we’re forced to stay cautious. That will change eventually, and I eagerly look forward to that, but there’s no prize for investing ahead of that potential change in trend.