Frankly, this environment is very complicated, probably the most complicated in the 23 years I’ve been doing this. I’m not alone in that thought. In my opinion, fellow Pittsburgher, Stanley Druckenmiller, has done a truly excellent job for 45 years and says it’s the hardest environment he’s ever dealt with.

There’s certainly a lot of volatility and chaos in markets right now. That shouldn’t be surprising given generational highs in inflation and a never-seen-before mix of rate and quantitative tightening. Add in major recession concerns, war, potential war, currency concerns, and more, and it’s quite a mix. What to do?

It shouldn’t be any great surprise that the primary focus should be on preserving wealth. Plenty of people have already been hit hard, as unicorn assets broadly typified by ARKK have been hit hard by the tougher conditions. Nonetheless, the potential for further declines is still out there.

If you assume we’re in a recession, which seems likely, we should expect earnings to fall further. That will hit different companies in different ways, but generally, our odds are better by staying safe. In terms of sectors, utilities, staples, and health care should generally do well. In terms of style factors, low beta, defensive, and high dividends should work.

Obviously, there are a lot of things that could go wrong. This sure looks like a recession, though I admit the market isn’t absolutely pricing one in. The very early returns from earnings season aren’t encouraging, with a string of companies warning. The meat of earnings season has a higher-than-usual percentage chance of being rough. Tax loss selling seems likely. Then there’s the potential for unexpected events, like a significant credit event. October brings the end of typhoon season, so if China is going to act on Taiwan, we’re approaching a logical time for that. There’s also the ongoing tightening effect to create more strains.

Good things can happen too, though. Maybe earnings season is just fine. Maybe the CPI report on October 13th shows CPI slowing down again (for the record, currently, that looks unlikely.) If some of the bad things above happen, assets could go down enough to create a good environment for a bear market bounce. With enough stress, the Fed could signal a softening of their tightening pace. The point is, a wide variety of events can happen, both good and bad.

Great. So, who knows what can happen. Not very helpful. In general, you have to invest with what’s in front of you, taking in the changing environment to figure out what can happen. That’s still pretty broad, though. Obviously, we don’t know what’s going to happen, but let’s do a scenario analysis to talk about how we would ideally react. Obviously, this is pure speculation, but it’s good for demonstrating what can happen. 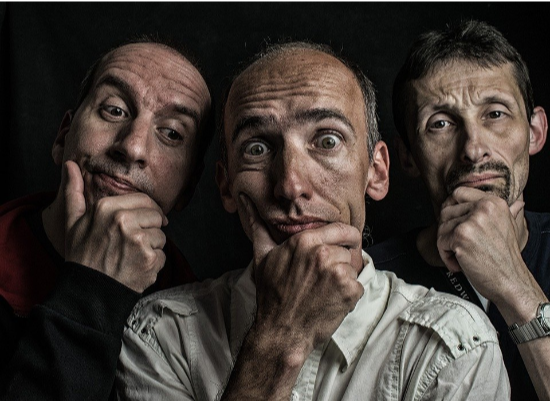 Let’s say the early returns on earnings season are accurate, and earnings are poor. Liquidity has also been poor, so the potential for quite negative returns is possible. For instance, Bank of America’s Michael Hartnett has brought up the possibility the S&P 500 could hit 3,000 in October!

If that did happen, there would be quite a bit of stress in the system. It would also put pressure on the Fed to say something friendly. Given the persistent eagerness of investors to catch the next rally, that could lead to a powerful rally. For instance, the tech sector (XLK) ended 2000 with monthly losses of 6%, 21%, and 10%. In January of 2001, the Fed cut rates twice, and tech stocks jumped 19%. Under stress and with high volatility, price can change fast, up and down.

You can’t call these things in advance, but if the S&P 500 did drop to 3,000 in October, we would have to change our stance. The bear market case would have been played out, at least for the time, so there’s likely little reward for staying conservative. What would we invest in? Who knows, at this point, but if the Fed did relent, chances are the dollar would start going down fast, which would advantage international and commodity stocks.

Could that mark the bottom for the market? Possibly, but I sure wouldn’t guarantee it. The reason for that is these huge rate hikes we’ve seen can have long lasting impacts. The hikes we have now can easily take a year to fully take effect. Thus, it’s easy to imagine an economy that’s still in distress a year from now, which makes it easy to imagine a rally in the fourth quarter that doesn’t last, much like the 2001 rally didn’t last.

So, what could we be looking at for a bear market rally? Again, that’s hard to say, but just looking at the inflation numbers we’re seeing vs. the ones that will be falling off the annual numbers, we should be seeing solidly lower inflation towards the end of the year. Probably not low enough for the Fed, but maybe low enough to embolden investors. Ultimately, a slowing economy would likely overcome the beneficial impact of slowing inflation. When would that pain point hit? Who knows. There are just too many unknowns that far out. Let’s guess at 3-4 months.

It’s also worth saying that bear market bounces can be quite powerful, even if they don’t last. It wouldn’t be at all shocking for us to bounce from 3,000 to 4,000, even if it only lasts a few months. Most people would want to participate in that, and you sure wouldn’t want to be short.

From there, it’s likely back to safe stocks, except with the change that inflation is (hopefully) more benign. Obviously, this is all just educated guesswork, but we have to think ahead if we want to be positioned properly. And because there are so many unknowns, it’s almost always a bad idea to put all your money on one theme. The future is uncertain, as is what gets priced in.

You can see that sort of varied-potential-outcome-thinking with current positioning. We have a fair amount of commodity stocks, generally precious metals stocks we’ve been holding. Honestly, if I could take it back, I would have been more aggressive about paring those positions last year, but that’s in the past. Going forward, once fear of a recession outweighs the fear of inflation, the dollar stops soaring, or real rates come back down, those commodity stocks should do great, while some of our current holdings may not do so well, depending on the specific conditions.

Lastly, we can use our recent choices to look at how we try to take responsible action. As the market approached YTD lows last week and volatility hit lower highs from the last time we were here, it seemed reasonable to position for a potential bounce. Admittedly, it seems unlikely we get a lasting bounce from here but adding 3-5% more stocks gives us optionality from here.

Specifically, we added quality companies, which we think should hold up relatively well. If the bounce does have legs to last for a while, now we added at a good level and can be in a position to sell something less attractive as the bounce fades. We don’t need that to happen, as adding at 3,700 SPX generally is better than adding at 4,300 SPX, but we have better options going forward by buying at potential bottoms, even when those bottoms are unlikely to last.

You can write a book about all the possibilities, but we need to prepare and be positioned for the likely possibilities, ideally in proportion to their likelihood of occurring. Hopefully, this blog helped explain how we’re preparing for and dealing with this very difficult situation, and for that matter, how we deal with the market in general.