Part of good investment management involves focusing on what’s important. There’s plenty to do, and you don’t want to waste time on things that don’t move the ball forward.

One popular game is to worry about relatively far-off potential events. For instance, I’m starting to hear increasing rumblings about a global economic recession in the second half of this year. And honestly, that’s a perfectly reasonable worry.

If we were cruising our Fed car down the street at 140 mph (0% rates) then quickly went down to 15mph (5%-ish rates,) that’s going to cause problems. Things will fall off the dash, where they had been happily sitting, like ARK Innovation (ARKK.) We’ve seen those problems, but that’s not the end of the story. The Fed didn’t slam on the brakes for fun, they did it because of rough conditions ahead, in the form of inflation. Those conditions, and subsequent fallout, are likely to continue. 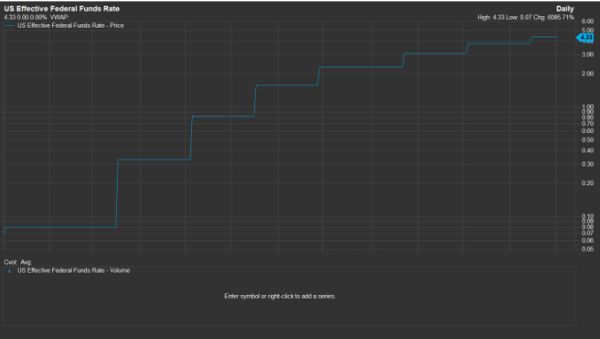 Inflation, as we should know by now, causes economic chaos. For many of the people reading this, inflation is largely an annoyance. We don’t like paying extra, but we grumble and move on. For people who were spending every cent, either because they wanted to or had to, inflation is a major problem. Car repossessions are up, food bank usage is soaring. These are not things that happen in a strong economy.

My main point, though, is what do you win by forecasting a major recession in six months? Maybe you’ll get invited to different parties, but as an investment manager, you get paid to deal with today’s markets. The stock market, and to some extent, other markets, don’t care about what happens six months from now, it cares about what’s going on right now.

Look at the Great Recession of 2008 as an example. I have a chart below, which is hopefully readable, but back then, I was doing exactly what I’m doing now. Many timelines say the Great Recession crisis began in 2006, with housing prices falling. Should you have gotten out in 2006? Probably a bad idea, as the market was up 10% in 2007 through the end of September.

I saw the problems back in 2006, but I also recognized this was a slow-burn problem. It made me nervous about banks in particular, and we slowly reduced our risk there until by the back half of 2007, we had no banks at all in our main fund.

Obviously, that proved to be a good call, in the long term, but at the time, it was getting us fired. The market had been going up and was still going up. We weren’t keeping up, so fast money left. We saw the troubles clearly but slowed down faster than the market did.

I still stand by what I did in 2007, and history proved me out, with tremendous, broad losses starting in November 2007. Nonetheless, being early is the same as being wrong. There’s no prize for being first to forecast a big recession and major trouble.

Ideally, we need to think about what the market is going to do over the next week, month, and quarter. Maybe there’s a scary monster lurking 6 months out, but we’ll deal with that when we can actually see it in the data.

Right now, doesn’t look great, but neither does it look terminal. Fed tightening is slowly hitting asset markets and the economy, and inflation may still have some fight in it, but the economy still looks pretty good. Between now and the scary recession/credit crisis/whatever monster, there could be a major, 20-40% bounce as inflation relaxes or the Fed pivots. (Chart below from Ben Carlson.) 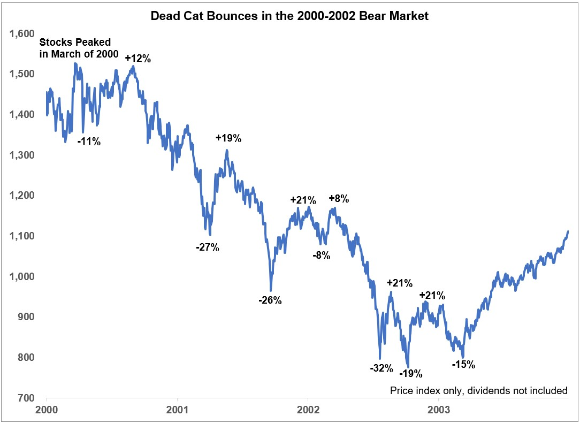 A lot can happen in six months, and ideally, it doesn’t pay to react to an event until a day before the market decides it’s important. That day may be unknowable, but we can look at investor positioning right now to see they’re totally unconcerned about a major recession. We need to see that while there’s a vague fear of future troubles, it’s neither in the data nor is it seen with investor positioning. Therefore, it’s just a phantasm. We have other, more pressing worries to deal with, right now, and won’t deal with other potential problems until we can actually see them.

There’s only so much bandwidth we have and using it to pay attention to far-off potentialities just isn’t a good use of our time and energy.