I’ve spent roughly a month trying to figure out how to talk about the mess that’s been going on in global finance. The intricacies of global finance are very complicated, most of the time it’s very boring, but occasionally it becomes very important.

My hope is to explain what’s going on in fairly simple terms. I’ll also admit upfront that I’m no expert in global finance. I do think it’s important for people to have some idea of what’s going on, though, and my hope is to make it fairly understandable.

The very basic problem is the Austrian Economics question of what is money? That seems like it should be a pretty simple question, and it probably would be a simple question, except making it more complex has allowed people in power to exert more influence. 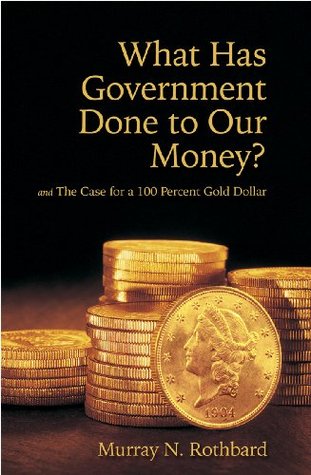 First we had a gold standard. Then we had banking and credit, which seems reasonable, though it adds risk. But there was always the desire for more. Credit is basically money from the future, which sounds like a politician’s dream.

That desire and need to spend (it’s much easier to fight a war if you convince people you’re good for their money) inevitably led to crisis. We ‘solved’ it after WWII with Bretton Woods and the dollar standard. That was going to be a problem eventually, as a system like that demands a constant flow of dollars, which means the US consistently has to spend more than it takes in, to create dollars for people. That’s fine as a postwar bigwig, but constant deficits become a problem eventually. Other nations rose or recovered, and relative US world power waned. The system basically demanded the dollar underperform gold, as there had to be a gushing supply, so why hold the dollar if you didn’t have to? That became a tough situation for the dollar, and after some attempts to manage the system, eventually Nixon closed the gold window.

To keep this simple, I don’t want to give a longer history lesson, here. The basic idea is the demands of a strictly gold-based system could not, and will not, contain the desires of those in power to spend. There have been constant tweaks to expand and fix the system. SDR’s from the IMF, the Euro, petrodollars, and so on. It’s hard to put the genie back in the bottle without a huge crash, and who wants to be the guy who’s blamed for that? Let it be the next guy’s problem. Party on, Wayne. 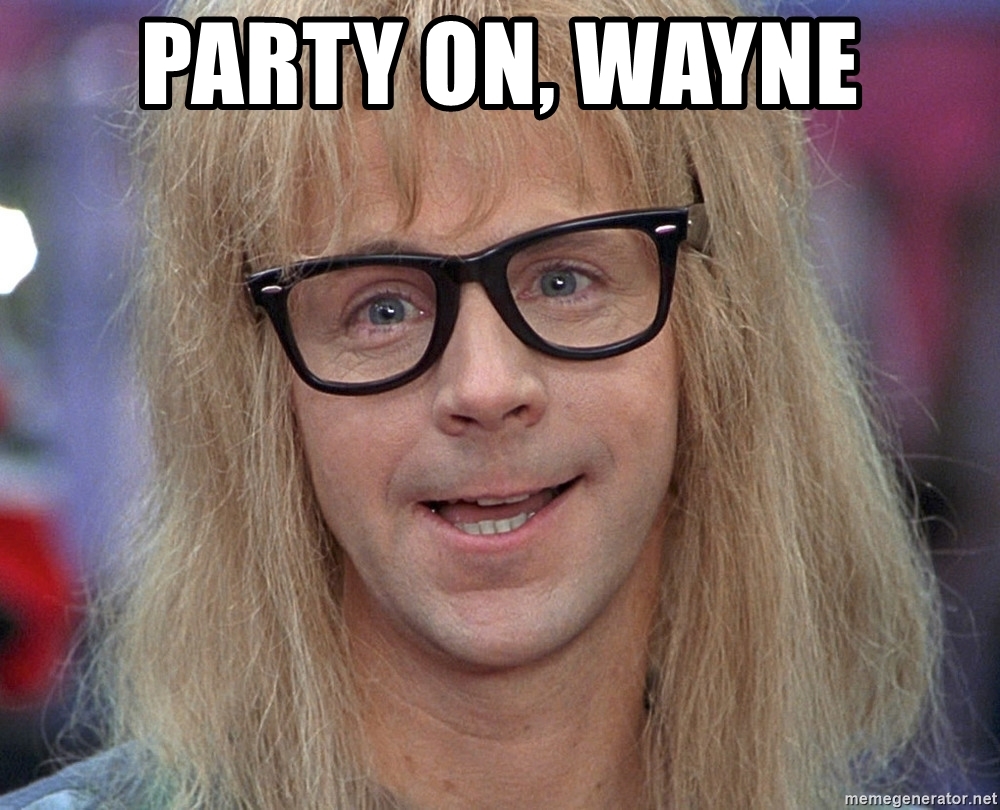 So why does all this come up? The basic system has been struggling on and off for decades, but the stress has been particularly acute of late. The troubles are many, some long-term in nature, others more recent.

Still keeping it simple, in terms of long-term problems, population and productivity growth both peaked in the eighties. How do you fight that? In a financialized system, you can use stimulus! Lower interest rates, so people can take on more debt.

Consider it like mortgages over the last several decades. What most people seem to really care about at the end of the day is their monthly payment. 30 Year mortgage rates peaked at over 18% in 1981. An enormous amount of your monthly payment would go towards just paying interest, meaning there was a real limit to how much house you could buy. In part due to that, according to the St. Louis Fed, the median house sold for $66,800 in 1981. As of the end of last year, the median house sold for $408,100. Of course, inflation is in part responsible, but even removing that, house prices are up 87% in that time. Lower interest rates made that a lot more possible. Real wages are up 16% over the same period, if you’re curious. Basically, credit creation and lower real yields can expand spending power, making you feel richer, even if you’re not, really. 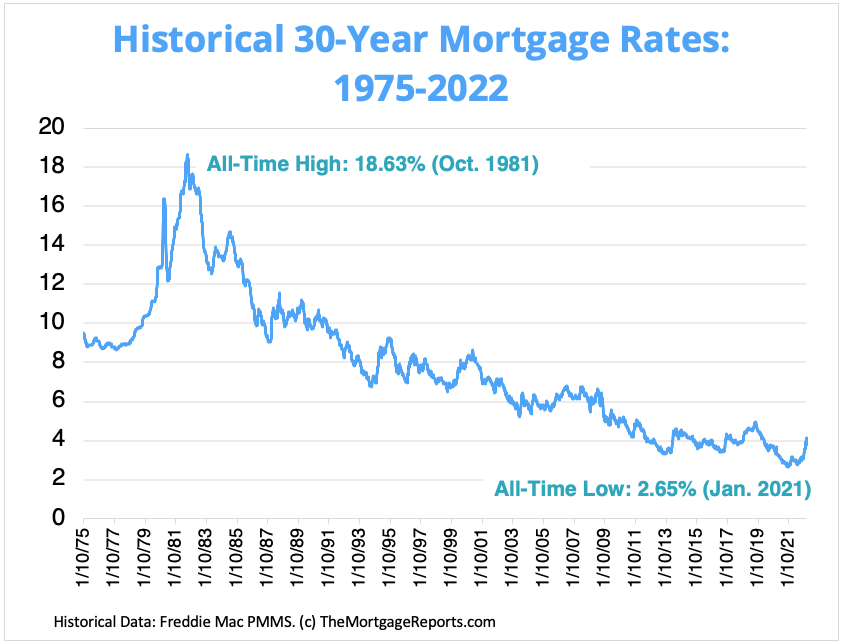 The same basic exercise works for the whole economy. Lower interest rates, and servicing debt becomes easier, allowing the potential for greater leverage. At this point, we’ve gone so low we have negative real interest rates, and have hit the lower zero bound on nominal rates. Of course, government has an advantage– they issue currency and can always refinance as long as there’s enough public trust. 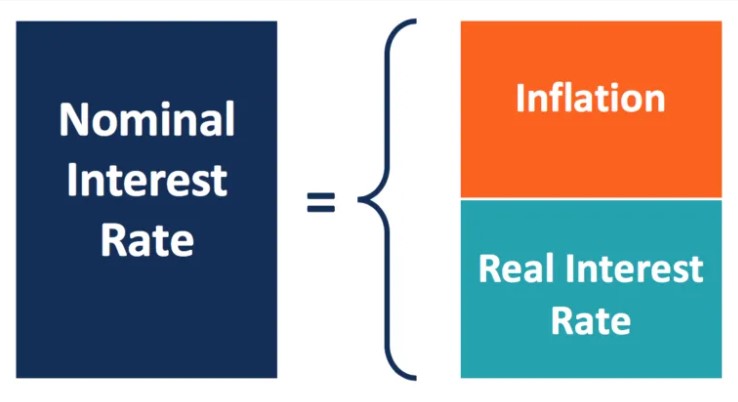 In short, this system seems to have more or less hit a logical end.

Particularly when it comes to global finance, there are more problems to worry about. The dollar backed system has already been weakened over the years, with countries partially breaking away and supporting alternatives, but the latest attempt to weaponize dollar hegemony by punishing Russia in part through financial sanctions is sending a further chill through the market. If the US can make Russian assets disappear, who else should be concerned? Why would, say, China, or anyone, ultimately, want to use a system that the US has shown it will use against them if they don’t do what the US desires. That was a stick that was perhaps better not used.

Along those lines, it’s questionable as to who’s really being punished. We may have sequestered financial digits residing on a computer, but Russia still has the commodities and seems to be doing fine, really. That goes back to the old question– what is money? Would you rather have pieces of paper or tangible, useful commodities? Does this really hurt Russia, or does it hurt Germany.

What next? There are plenty of thoughts and theories around on that. We can move back to currency backed by commodities, switch currencies used, or create a new currency, crypto-based or otherwise. Or we can try to hold the current system together for as long as we can. Perhaps most likely, maybe we’ll try a combination of all of the above.

All of those potential solutions have the problem of potentially crashing an already weakened system. Which is another question: when, if at all, do things really get bad? Do we have a freezing of the system, where governments try to prevent a real crash, but stifle future growth, or is confidence too broken and we have some sort of financial crisis, potentially clearing the way for a better future?

This isn’t something that is likely finished in a month or two. It could take years, and a variety of options could be tried. Keep global finance in mind, though, when you watch the news and hear about inflation, recession, war, and more. This system has needed constant tweaks for longer than all of us have been alive. This tweak seems bigger than most, though, and it’s a good idea to be aware of it. Ultimately, all this can swing around the assets we invest in, so we need to track it.