The market seems awfully confident that the Fed had a dovish pivot at the FOMC meeting. I think the market is wrong.

What is the market seeing? I think some in the market have been poking around an inflation-peak narrative for a month or so. That’s not necessarily right, but it’s reasonable. I think we’ve at least seen a slowing rate of change with inflation, which is a good and necessary start. Some measures of inflation, like the Core PCE Deflator for Q2, have slowed down. That, in turn, has caused rate hike expectations to peak.

With that dovish attitude in place, I think the market was looking at the FOMC meeting with a potentially biased lens. They pounced on two things. First was the idea of ditching forward guidance and becoming data dependent. Second is Powell’s statement that it is “likely appropriate to slow increases at some point.” So, we get recessionary data and we’re off to the races, right?

That’s an attitude that’s worked quite a bit and for decades, and I can see where they’re coming from. I think it’s different this time because the combination of inflation and employment are in a very different place. The Fed has a dual mandate of full employment and stable prices. Both of those are deeply problematic right now because they’re telling the Fed to keep tightening and neither is likely to change quickly. Nothing is telling them to pivot like the market is hoping they do. 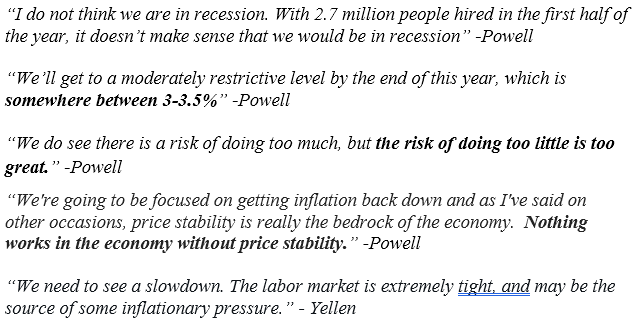 High inflation and a tight labor market tell the Fed to keep tightening. Does that matter? I’d certainly say so. Without a Fed pivot, conditions are only going to get worse for risk assets. We haven’t even priced in the recession that Powell and Yellen seem comfortable with. If you look at the comments above, Powell and Yellen will accept a recession to get inflation down, and we’ve never had a decline of inflation as big and fast as they’re talking about without a recession. 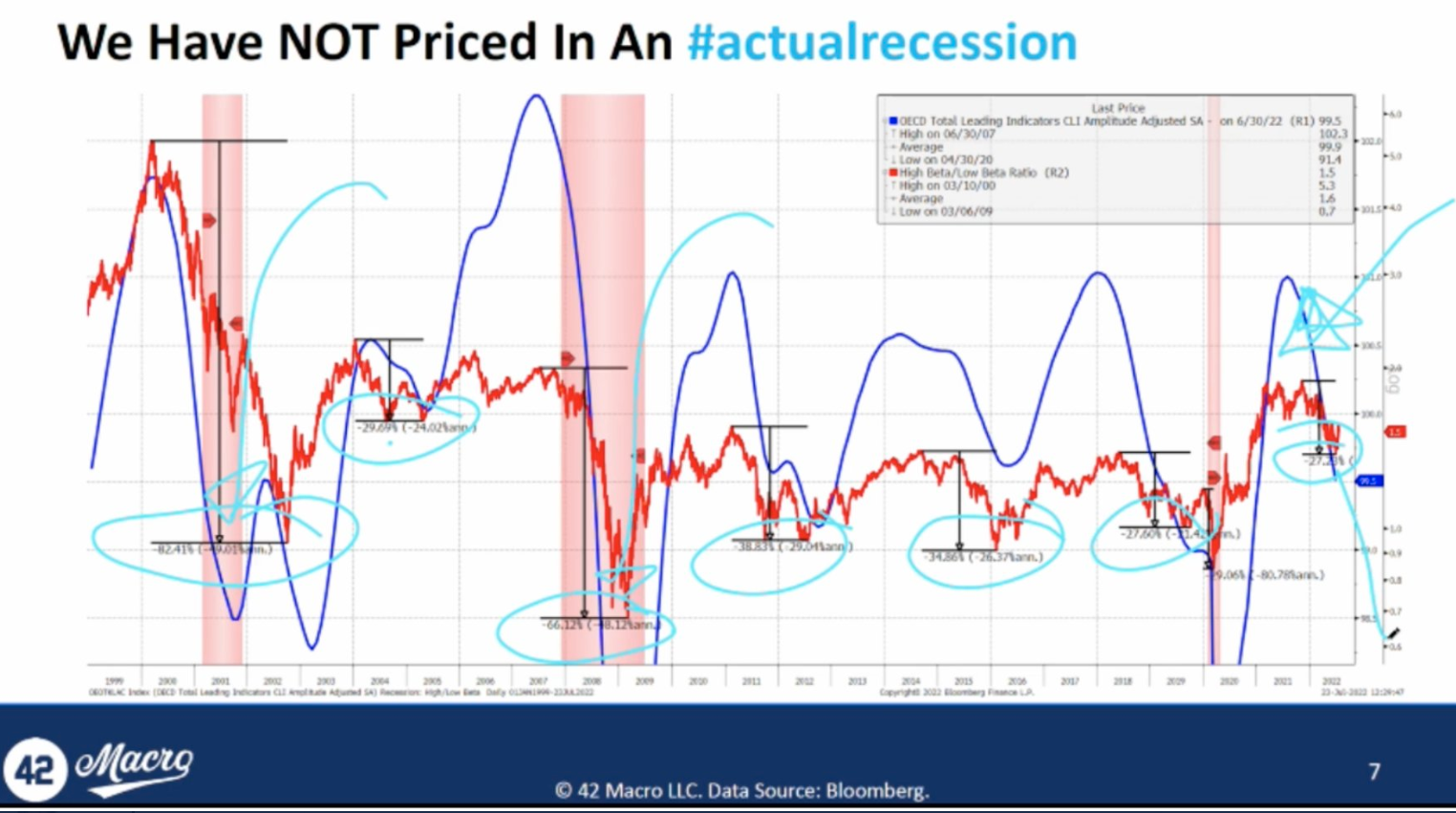 Bear market rallies happen, and this just seems like another one. I’ve been spending a lot of time looking at the 2000 recession, as I think there are similarities between now and then. One thing that you see, both in 2000 and in a lot of recessions, is that rate hikes aren’t some magical bull market pills. The Fed started cutting rates on Jan. 3rd, 2001. That’s where the arrow is in the chart below.

We did have a party, but it didn’t last. Tech, for instance, was up 19% in January, but it went down 25% the next month, with continuing and persistent problems overwhelming the effect of rate cuts. This isn’t a one-off anecdote, either. You can do the same exercise with other bear markets. I think we have the same basic issue, here. I freely admit there’s been incremental good news, but we still have a lot of problems facing us that will overwhelm a tiny, potential inflection.

I also don’t think it will take long to see if the market is right. The Fed has a blackout period before and after FOMC events. I expect we’ll be hearing from Fed speakers this week; and I wouldn’t think the inflation-fighting Fed will be happy about the market reflating risk assets.

Furthermore, I like to think the older I get, the less stubborn I get. Bear market rallies are tough, but I wish we’d done a better job with this one. Could it continue? Probably not, as we’re overbought and near resistance but of course it’s possible. If we continue higher through this week, I would be inclined to buy a bit. I don’t think that will happen, but at some point, it’s worth hedging positioning that hasn’t been working out.

Right now, seems like a lousy time to add to risk. If, by chance, we do get confirmation from the Fed either this week or at their big Jackson Hole symposium in late August that they are pivoting to a more accommodative stance, I’ll be happy to change our positioning. The truly important data of inflation and employment seem unlikely to inflect hard and fast enough to make that happen nearly as fast as the market needs it to, and recessionary data keeps picking up steam. Chasing bear market rallies is a very dangerous game, and I wouldn’t play that game right now.