When the Going Gets Tough…the Strong Stay the Course

When the Going Gets Tough…the Strong Stay the Course

With enough perspective and life experience, you’ll hopefully begin to see patterns and trends through history. Mark Twain famously said that “history doesn’t repeat itself, but it does rhyme.” Some of us see these repeating cycles of human folly – boom, bust, war, famine, hope, complacency – and come away a bit depressed. Won’t people ever learn? But you can also come away with a contrarian view: “People never learn!” As long as you have some grounded context for how market conditions come and go, you likely won’t be as apt to be jolted as others when certain inevitabilities happen.

A big inevitability that many people squander a lot of time worrying about, of course, is a bear market. Trust me – it’s a certainty that markets will fall again, and rise again. As long as you have some sense of context for how markets run in cyclical patterns – and adjust your risk accordingly – you shouldn’t lose any sleep over something so thoroughly out of your control. I’ve often heard it said in this business that you make more bad decisions when selling at the bottom than when buying at the top. It’s true. I’ve worked with clients and investors who approach their strategies for building wealth from a variety of perspectives and emotions. But the single most perilous mindset to bring to any transaction is fear – it creates a much stronger pull on us than even joy or greed, leading us to make some very poor decisions.

By working with a professional to build a comprehensive strategy for your wealth, you remove much of the opportunity to let fear into your life. You’re not reacting to the daily ups and downs of the market. You’re not allowing the news cycle or your quarterly statement to limit the horizons of your perspective. Instead, you’re building an approach rooted in a philosophy – one that will enable you to stay the course through all of the downs that come and go.

The most common mistake that investors make is pulling their money out of the market when they get spooked. When you think about their actions, they are rooted in a sense that their fear knows better than cumulative financial history or expertise. Their fear is whispering to them, “This time, it’s different.” “The market is going to meltdown all the way to zero.” “This crash is going to be the big one.” “Stick it all under your mattress and prepare for chaos.” This view was right at the height of the Great Recession, and I’m confident it will be wrong when the next crash comes along, because history informs my perspective that panic selling has never been effective.

Even when Bear Stearns and Lehman Brothers were collapsing, the financial world itself was not being eroded, as we know it. If you had $1 million invested in the S&P 500 at the end of October 2007 –just before the real beginning of the Recession – you would have had about $1.64 million by the end of June 2016, for annual returns of 5.9 percent.

However there were many people that I met with between October 2007 and June 2016 who chose to sit in cash. Many of them opted for CDs at the worst possible time. I always tell them that the hardest part about going to cash is deciding when to go back into the market. While you may feel safe temporarily, emotions often get between people doing what’s best for their future and what feels right today.

Would there have been some bumpy moments along the way? There’s no doubt – it can surely be disconcerting to see the market lose such significant value when so many of your aspirations for the future are tied up in it. That’s why an obvious remedy is to tune out the day and day squawking. It’s one thing to follow a respected financial publication like the Wall Street Journal to gain an appreciation of where trend lines are headed – but tune out the endless chatter about weekly and daily plummets. Who cares how strong an IPO finished on Day One? It might be interesting as a horse race if you can maintain an emotional distance from the numbers, but if you’re prone to worry, do yourself a favor – check in on your allocation once or twice a year. Not only will you gain a greater appreciation for the power of time in investing, but you can put your energy to more productive means than worrying.

Sadly, most of the investors who pulled their money out during this period were the middle-class investors who most needed to stay in if they wanted to benefit from the inevitable rally and truly build their wealth. Call me biased, but a large reason for many of these poor decisions is that they weren’t working closely with a wealth manager who could have helped provide calming context for why they should stay the course. An unfortunate effect of the shift toward Americans managing their own retirements through 401k plans is that many of them are ill-equipped to grapple with the nuances of riding out tough times. With so many options at their disposal and so many voices chattering away in the media, it is easy to let your fear get the best of you when it seems like the world is collapsing.

The drawdown in these years is astounding – the Investment Company Institute has found that the percentage of Americans owning equities dropped from 48.2 percent in 2001 to 46.4 in 2011. Many of these folks were so spooked by the depletion in their retirement accounts and home values that they have taken precisely the wrong message away from the Recession. Instead of seeing it as a prime example of how our system’s resiliency allows it to recover in time, they have vowed to take their ball and go home, staying out of the market altogether.

Market losses are a reflection of the potential gains that can be achieved over time. On a short term basis it’s easy to let your emotions guide you into the temporary relief of sitting in cash, however cash is not the best tool to help you win a 30 year retirement.

If your portfolio management strategy is based on when to go to cash then the odds of success are stacked against you. A more viable alternative is to use a three bucket approach that splits your investments based on when they’ll be used. The longer the time horizon until use, the more risk you can afford to take in those positions. Using this approach will help you maintain peace of mind about your ability to fund your lifestyle on a short term basis while avoiding making emotional decisions about the capital that should provide for an extended retirement.

How have you been managing the volatility in the market recently? Comment below.

Reach out today to learn more about how we may be able to help you implement a better strategy. 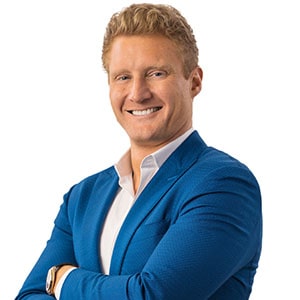